Hogwarts Legacy Wiki is a comprehensive guide for the upcoming single player action-adventure open world RPG based on the Wizarding World created by the British writer J.K. Rowling in her acclaimed fantasy novels saga, Harry Potter. The game takes place long before The Boy Who Lived was around, in fact, players are able to explore the wizarding academy 100 years before the titular character of the novels.

Players will have the freedom to choose the witch or wizard they want to be, being able to fully customize their character from the ground up. Potions, Spells, and all sorts of magical items galore will be at the players' disposal. They can also explore a vast open-world that includes famous Locations such as Hogsmeade, The Forbidden Forest, and, of course, the Hogwarts School of Witchcraft and Wizardry in all its glory.

Originally slated to be released in 2021, Hogwarts Legacy release date has been pushed to 2023, after multiple delays. The game was officially announced at a Playstation event in September 2020, but is not exclusive to the Japanese company, and is also coming to other consoles as well.

When is the release date for Hogwarts legacy? 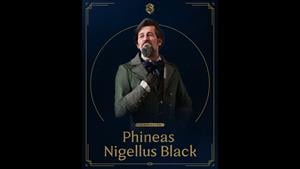 What is the rating for Hogwarts Legacy?

Hogwarts Legacy is rated for Teens. 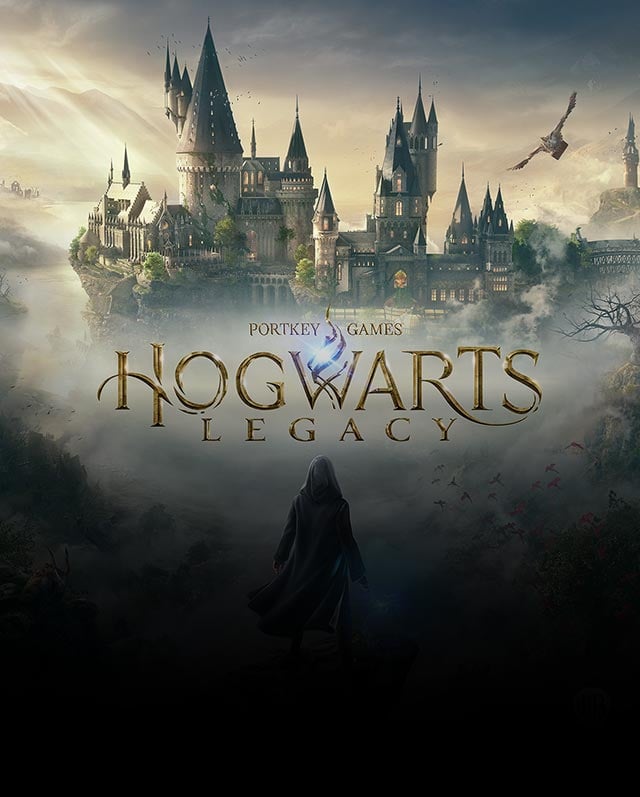 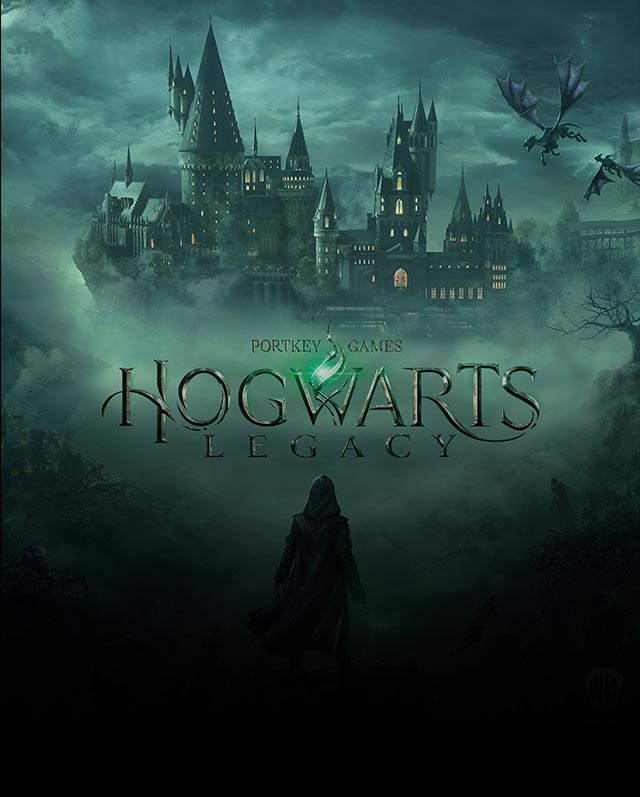 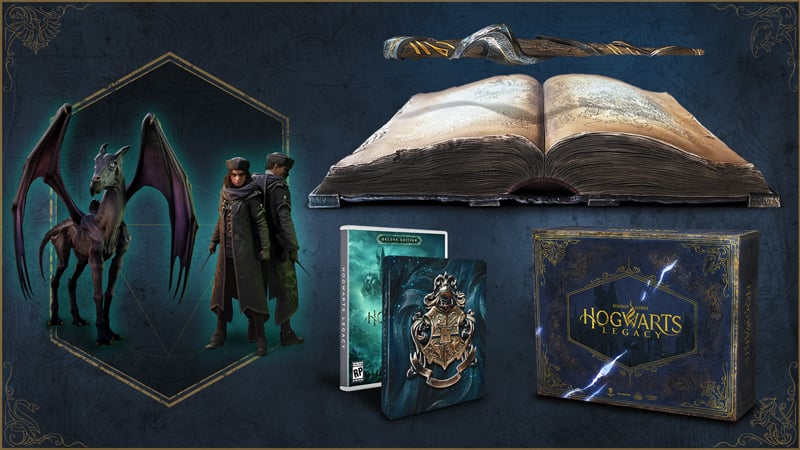 PC Players can learn about the requirements for Hogwarts Legacy in the following tables:

You are a new student at the famed school of witchcraft and wizardry, with a unique ability to manipulate powerful ancient magic. You need to discover who is behind the return of this ancient magic and attempting to harness it to destroy the wizarding world.

In Hogwarts Legacy, players will be able to fully customize their characters in an amplitude of ways. Face, gender, skin, eyes, hair as well as other cosmetic changes can be modified on the created student of magic. This deep customization system allows players to create an avatar to which they can relate from the ground up. 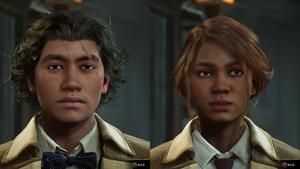 The Sorting Hat & the Four Schools

New students at the magic school are sorted to one of the 4 Hogwarts school by the Sorting Hat, a sentient magical hat that determines which of the four school Houses each new student is more akin to. Players will be able to choose between Gryffindor, Slytherin, Ravenclaw, or Hufflepuff. This is a very important and defining factor for new students, because each house has different values and approaches magic differently. 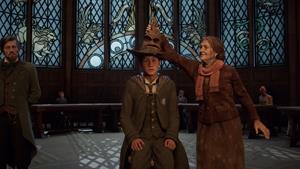 New students will start their studies at Hogwarts attending indispensable classes in the game such as Charms, Defense against the Dark Arts, Herbology, and Potions classes. Meet an interesting cast of Professors, that will instruct you and teach you their craft during your time at Hogwarts. 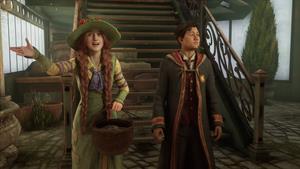 Not everything can be learned in a classroom! In between classes, students can free roam the immense Hogwarts Castle rooms and secret passages. Prepare to be tested by intricate puzzles and employ all your magical knowledge to solve them. Discover secret rooms and dungeons throughout the castle 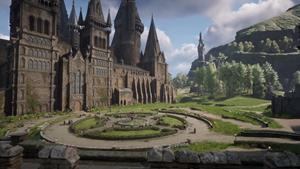 Beyond the Hogwarts Castle walls, there are plenty of secrets waiting to be found. All your school training will be tested in the outskirts of Hogwarts by the many dangers that lurk in the dark. Goblins, magically-corrupted beasts, as well as evil witches and wizards, will be waiting their chance to strike you down. 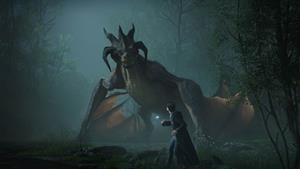 Enemies in Hogwarts Legacy may approach you in diverse ways. They each possess unique defense and offensive abilities, and they may decide to attack you directly, others may use a more subtle approach by casting debilitating or incapacitating spells. 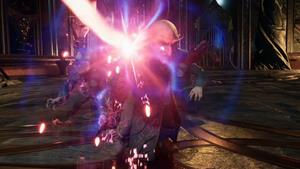 Use many well-known Spells from the Harry Potter universe, such as Lumos, Descendo and Incendio, but you are not only limited to them! Cast the powerful forbidden magic your professors do not yet understand, to obliterate your most challenging foes.

Mixing and matching the vast amount of Spells available, will allow players to personalize their combat style. 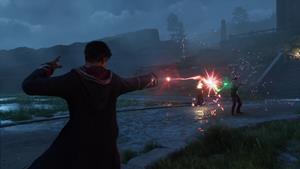 Brew Potions and grow plants to create powerful boosts for your preferred Spells. Consume Potions to gain momentary bonuses and push their power beyond the limit! Plants, on the other hand, can be used on the battlefield to obtain different results. For example, Mandrake Seedlings can be used to incapacitate unsuspecting enemies.

You can also learn abilities from fellow students at Hogwarts. Befriend them and learn their personal stories! While developing these relationships, some of them may join you during certain sections as your companions! Assisting you during fights and Quests. 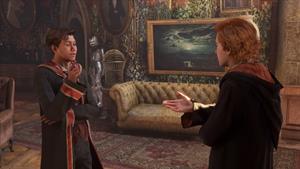 Three Companions have been confirmed as of now:

The Room of Requirement

An iconic and intriguing room that seems to sense what you need, and then proceeds to provide it for you. Players can create different types of gear while in the Room of Requirement, such as planting different seeds to harvest plants, brew potions and even upgrade your gear!

What time period is Hogwarts Legacy?

Hogwarts Legacy plot is situated in the late 1800s, around 100 years before the events related to Harry Potter's events. 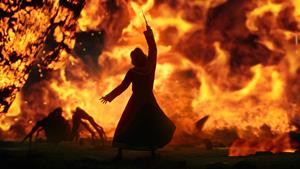 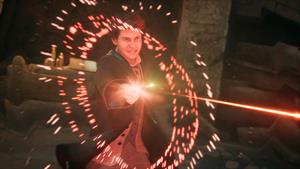 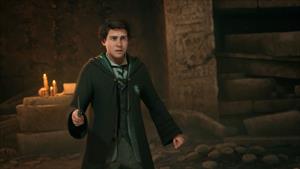 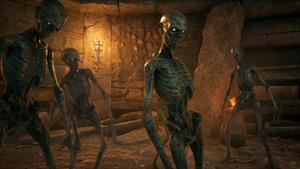 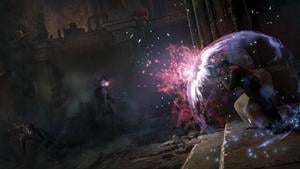 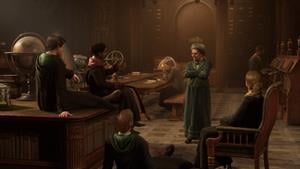 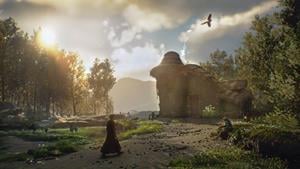 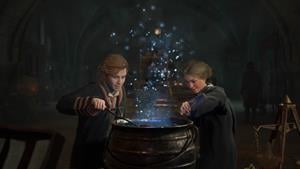 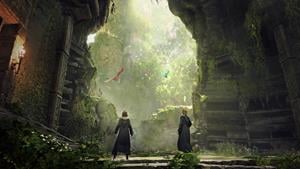 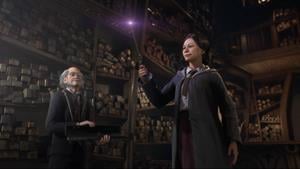 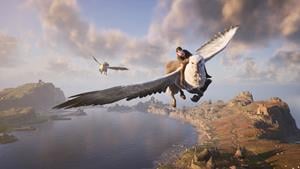 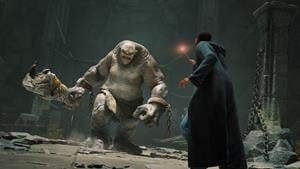 Check out our other Wikis: